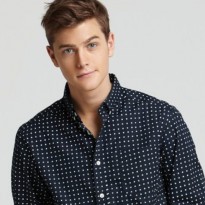 One of the UK’s leading providers of telecommunication services.

The new affiliation will enable Woodbridge to provide a range of investment banking services to Israel-based companies seeking acquisitions, divestitures and joint ventures. This expansion into Israel is a testament to the firm’s belief that cross-border M&A opportunities will continue to increase.

Marc Bodner possesses extensive corporate management experience, including operations, legal, corporate development and capital markets. Marc has a strong background in advising technology companies in the areas of M&A transactions, capital structure, business development and key partnerships. He is also an experienced real estate and corporate attorney and holds a BA in Political Science from Queens College and a J.D. from the Benjamin N. Cardozo School of Law.

Debra Kodish possesses nearly two decades of experience in the Israeli capital markets. She has raised capital for major Israeli VC funds, advised foreign investors, conducted in-depth due diligence on large acquisitions, and advised numerous Israeli start-up companies. Debra is a trained CPA and has advised many companies as acting CFO. Debra received her BA in Accounting from The George Washington University.

Woodbridge is delighted to welcome Marc and Debra to its international team and looks forward to providing clients with the local knowledge, expertise and global reach they demand.

Come and discuss with us your thoughts and ideas

The former royal editor of the News of the World warned his managing editor that if payments to his confidential sources were traced, they and the editor would be jailed, the phone hacking trial heard on Thursday.

In an email to Stuart Kuttner, which was forwarded to Mr Kuttner’s personal assistant, Beverley Stokes, Clive Goodman discussed the contacts that he paid in cash. Two were “in uniform” while the third worked at a rival newspaper and was therefore taking a serious risk, the jury at the Old Bailey was told.

The email of July 2005, which was shown to the jury, read: “Morning, Stuart. Understand that, as you know, there are only three people I ever pay in cash.

“Two are in uniform and we — them, you, me, the editor — would all end up in jail if anyone traced their payments. They’ve had Special Branch crawling all over them since we ran a five-par story about an Operation Trident [Scotland Yard’s murder investigation unit] arrest at Clarence House. Thanks to the way we pay them, they’re untraceable.

“The third is an executive at another newspaper who is also taking on potentially life-altering risks for us and will not accept any other form of payment.’’